There's been no shortage of sex appeal on the WTA Tour over the years, but who are the hottest female tennis players actively playing right now? Take a look at my top list below, which features not only some of the finest players in the game today but also the best. One of the big reasons female tennis players are hot is that tennis is hugely popular in Eastern Europe where, on average, women tend to be of a higher standard than Western Women. My own theory is that these places are yet to be conquered by modern-day feminism so rather than loudmouthed swamp donkeys that don't shave their armpits, you tend to get girls who realise there's huge value in looking beautiful both in terms of attracting men and their careers. As a result, even the bang average ones still look pretty good as they put the effort in!

There's been no shortage of sex appeal on the WTA Tour over the years, but who are the hottest female tennis players actively playing right now? Take a look at my top list below, which features not only some of the finest players in the game today but also the best. One of the big reasons female tennis players are hot is that tennis is hugely popular in Eastern Europe where, on average, women tend to be of a higher standard than Western Women.

My own theory is that these places are yet to be conquered by modern-day feminism so rather than loudmouthed swamp donkeys that don't shave their armpits, you tend to get girls who realise there's huge value in looking beautiful both in terms of attracting men and their careers.

As a result, even the bang average ones still look pretty good as they put the effort in! The nature of tennis training also means the girls are all going to be in great shape as you need a mix of cardio and strength training to achieve success on the tour.

All these women make a good chunk of their living by looking good in photo shoots and brand endorsements. The only people who don't really like posts like this don't live in the real world. Since the dawn of time, it's been beneficial for women to look as good as possible.

The web is awash with lists like this but they're all just rehashed versions with very little effort put into them. For example, Anna Kournikova is the top of virtually every list. She hasn't played tennis for 15 years! My list is current players who are playing on the tour right now and I've picked some obscure ones out that most lists miss.

The other reason this list differs is that I'm picking players that I think are naturally attractive and not just looking fantastic on the cover of Sports Illustrated. Yes I know I've picked Wozniacki and Bouchard, they're not my favourites but they've got broad appeal so for that reason they make the list.

In virtually any woman can look top drawer with a few simple lighting tricks and photo editing skills. That's why you get 3 out of 10's racking up thousands of likes on Instagram.

So I tried to pick some of the less obvious ones that fly under the radar and aren't massively editing their pictures with filters or posing half-naked in virtually every picture. Just two: female and currently playing on the WTA Tour. Without further ado here are the hottest tennis players playing on the tour right now. They're in no particular order. Follow Julia on Instagram Nationality: German. Follow Sabine on Instagram Nationality: German. I'll be adding to this list over time. If you have a suggestion or believe I've made a glaring omission in my list let me know in the comments.

Fierce competitor. Glams up great. Muguruza is pretty fugly, actualy; a lanky bigfoot and nothing, really, special about her looks. Not sure why people keep bringing her up, at all. You have no idea Vladamir. Muguruza is not ugly. Garbine Muguruza is absolutely beautiful compared to those 3 players and she is beautiful full stop.

What about Muguruza, Who has the best legs on tour and is tall and beautiful I would have also put kiki mladenovic. Wozniacki is Pole. She hardly knows a word in Danish. Like Kerber. Both friends with Radwanska from young years. Kerber still trains in Poland. Is tennis in Eastern Europe so popular? No, it is not. The money is popular, so those with some talent migrate early. No any single native Swiss girl.

Everybody on the list is not beautiful this is terrible! Williams sisters? I do favour my Italian side because I believe that they are superior when it comes to food and music. Sorry folks, Another mistake. All of them had longer and thinner legs which made them look more attractive than Bianca but Bianca was stronger in the lower body. Vladamir, those photos due not do Wozniacki justice. Wozniacki is beautiful. She has still got it. I am sure if Wozniacki did a real photo shoot today and in the future she would still look sensational.

I am sad because now that both Wozniacki and Sharapova have recently retired, they will no longer be on future current lists. However, the future is in good hands with several glamorous up and coming players ready to take their place as well as others who missed out on this list. Would have preferred to see photos from their tennis action. Much more beautiful to watch than these more or less artificial arrangements to please those who like women to try to please some common taste from mostly — which sex?

What I and others do about others, such as Jon than is not your business. I agree. The only exception is the very first photo of Julia Georges I rhink. They would be on the list if this were a top 20 rather than just a top Maybe you can think of three more for Jonathan to add.

Sorry, I may be wrong, There are 15 pictures but only 14 names. Petkovic, Muguruza, Kontaveit, Cirstea and Stojanovic. You cannot be serious, Barbora Strycova! I am glad that you included someone from Hungary.

Really not what this page is about; how are you guys missing that, geez. Madison Keyes takes my breath away. Her smart, kind eyes. And those great white teeth just make me feel good to be alive. A little corny. But there you go. I am not even mentioning Tsvetana Pironkova, who you have heard. Cici Bellis!!! This list needs a USA girl and she is stunning. There should be a longer list and on that list I would put Elize Cornet. She is tres belle to me. Sabine Lasicki looks absolutely beautiful in that photo.

Sabine and Margot are around the same age too. Donna Vekic looks great in her photo too. Naomi Broady is a very good sort.

In fact, Great Britain have had many attractive female players over the years. Australia has had to rely on players from other countries who then become Australian citizens to consider being put on the hottest female players list, like Ajla Tomljanovic and former Australian player Jarmila Wolfe, formerly Jarmila Gajdosova and Jarmila Groth. All Caucasian…oh give me a break. Totally agree. There are many African, Asian and South American players who are considerably more attractive than most on this list.

What about tennis beauty Anna Kalinskaya from Russia? Mandy Minella is extremely attractive and has a great body. She is in amazing shape for 34 years of age. Another vote for Muguruza…very hot….

Yes, Giorgi….. Similar to Muguruza…. A couple of sleepers no pun intended ….. Both are very cute too great smiles! Martic is my favorite tennis player too….. I LOVE the way she fights. Hard on herself. She seems very, very genuine….. And I love that she wears all black, including shoes…. A glaring omission universally is Vitalia Diatchenko!

She would be high on this list for sure!

Post updated on January 29, We have done quite a few of these hottest athletes lists over the years but we have somehow never made a hottest female tennis players list, until now. We know it is a bit late but it is time for us to show some appreciation for these female athletes. They put in a lot of hard work, and it shows.

The hottest girls in tennis include some of the best players in the game today and some of the sexiest tennis players to have ever played the game. These babes show off their goods and their tennis skill in tournaments around the globe and look gorgeous doing it.

There was no uncertainty to put this hot and hot Russian tennis player at the highest priority on my rundown. Maria Sharapova is at present the holder of the No. Too, she keeps occupied with her different displaying ventures which additionally incorporate the Sports Illustrated Swimsuit Issue. Her charm and bid are what put her on the highest priority on the rundown and few question her being the most well known female tennis player among the men particularly. She shows up as No.

The Hottest Female Tennis Players of 2020

Tennis is an exciting sport and sports get more exciting when the sportsperson is attractive. These ten women are attractive in their style and flawless in their style of law. They have been blessed with good looks and a well-chiseled physique due to their rigorous schedule maintained for the sport. Sharapova is also the highest-paid athlete and also gets the position of the most marketable athlete in She is a right-handed tennis star with the ability of two-handed backhand. With wins and losses in her ATP career, the Russian supermodel currently holds the World rank She achieved her highest WTA career ranking of world No.

THE 10 MOST BEAUTIFUL TENNIS PLAYERS

15 most glamorous female tennis players in the world

Female Tennis Players That Put Love On Your Mind 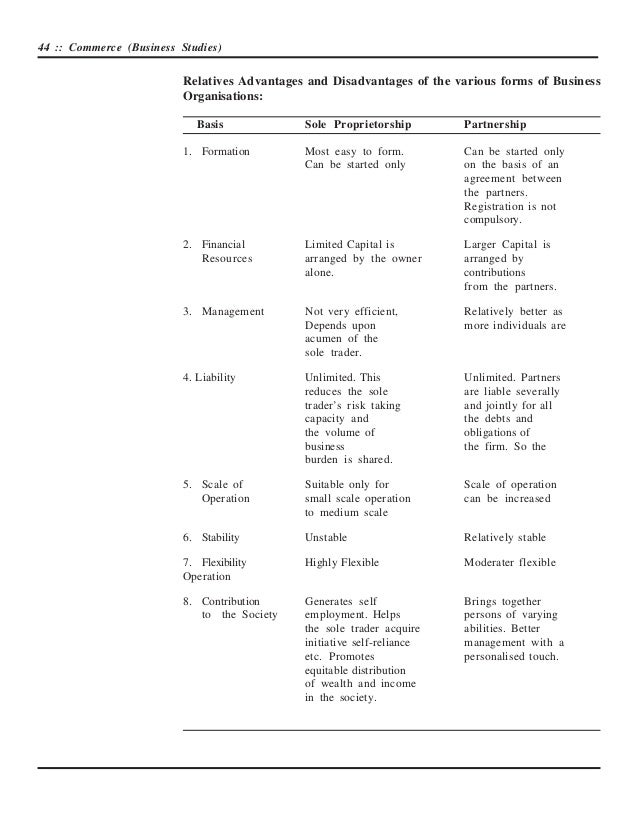 Signs your boyfriend has cheated on you

My friends got a girlfriend and 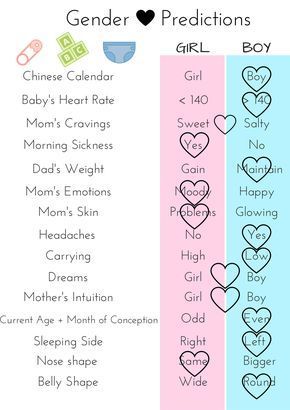 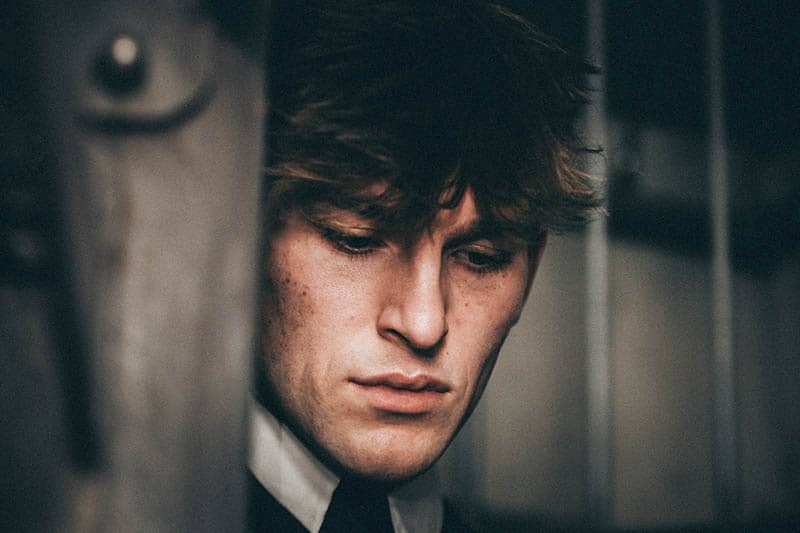 How to meet a girlfriend
Comments: 3
Thanks! Your comment will appear after verification.
Add a comment
Cancel reply